The magazine selected the companies of all sizes with the best business performance in 13 sectors, including multidisciplinary. The companies' market capitalisation reached VND829 trillion (US$37 billion), accounting for 62.14 per cent of the total market on the two bourses as of May 16, 2016. 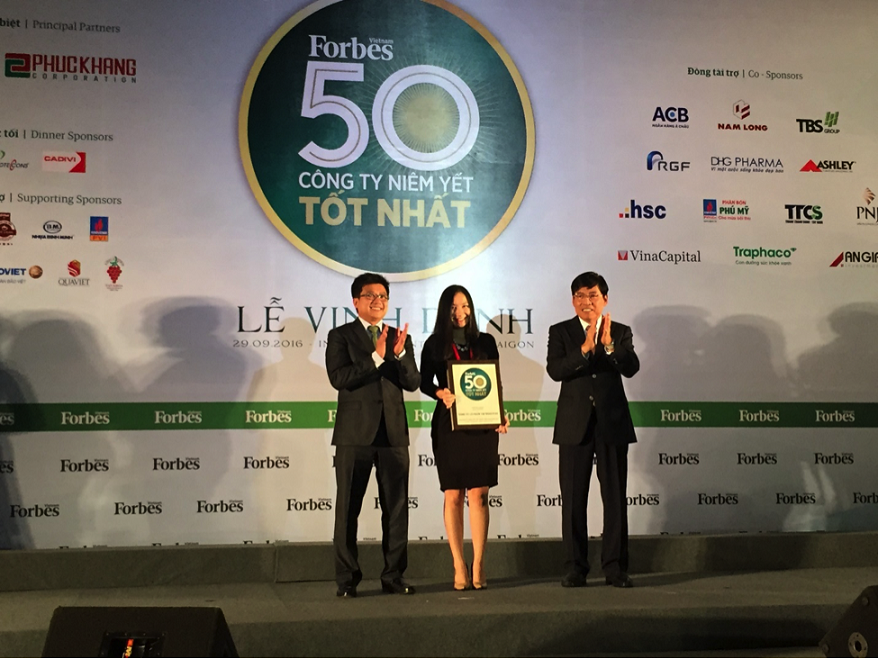 According to Forbes Viet Nam, which rated the best listed for the fourth time, the list this year reflected changes in the economy.

The companies related to the consumer industry continued to thrive and the recovery of the real estate market saw the realty industry bounce back in the stock market.

On the contrary, low prices of oil and gas that resulted in lower revenues and profits of related companies pulled out all stocks of the industry from this year's list.

The realty industry, with ten companies, had the strongest showing in this year's list. Popular names like Vingroup, Ha Do or Fecon, Dat Xanh Group and Khang Dien House also joined the list.

FPT Joint Stock Company was the only representative of the technology industry while Hau Giang JSC and Traphaco represented the pharmaceutical industry and Masan Group and Refrigeration Electrical Engineering Corporation (REE) were listed in the multidisciplinary group.

To formulate the list, Forbes Viet Nam used its own method with the consideration of specific characters of local businesses under the basis of the audited financial statements in five years in a row and the fiscal year 2015 of all the companies. — VNS.